Star Ancestors -- I Feel the Gods in My Body 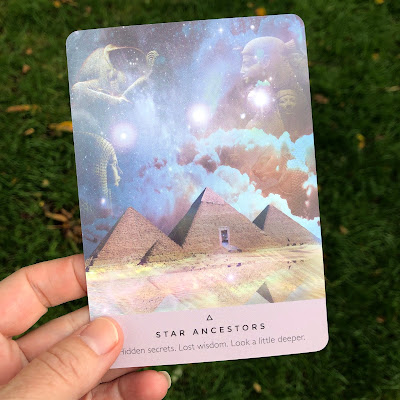 Our body is a masterpiece of the cosmos. Our body carries within it the stars, the moon, the universe, and the presence of all our ancestors. How many millions of years of evolution has it taken to give rise to these wondrous two eyes, legs, feet and hands?
- Thich Nhat Hanh

Did you miss me? Sorry for not blogging on here in the past couple of months but I had to focus on getting through the 75 Hard program. I completed this on Friday, 5 November, and am very pleased with the process of growth and transformation that took place in this mental toughness challenge. Not even for a second did I contemplate giving up before reaching the finishing line. Most of the good habits I implemented, I will keep in my life--especially the reading and working out daily. I'm not going to miss having to take a daily progress picture or chugging a gallon of water a day though.

Some time ago, while still doing 75 Hard, I decided to dedicate myself to following the old gods of my Norse ancestors in the New Year (at Samhain) to see what I can learn from them about myself and life in general. I have written some more about my thinking around this decision in my post about Connecting with Odin for anybody who is interested.

Read more »
Posted by Lisa Frideborg at 13:38 No comments:

How to Tend the Flames of Your Heart 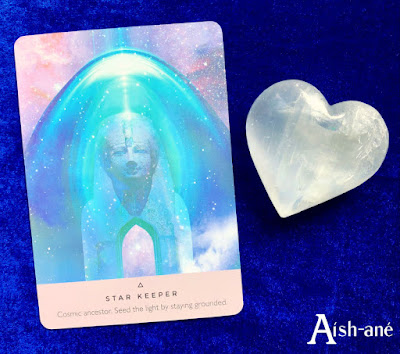 This morning, after my second 75 Hard workout and 5-minute cold shower, I was listening to  Dr Billy Alsbrook as I was getting dressed. The track below is probably my favourite track of his. I get so many goosebumps from it. It ignites my desire to express myself. On a 3 Lifepath, self-expression is everything. Somewhere along the line, I lost faith in myself and my creativity. I looked around at what everybody else was doing and started wondering if that was what I should be doing too... WRONG!

Read more »
Posted by Lisa Frideborg at 11:53 No comments:

How Do You Water Your Garden? 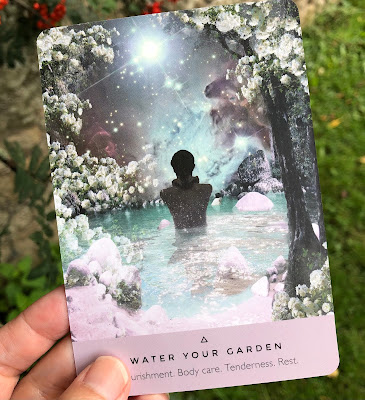 Humans are inherently lazy and full of excuses. Let's be honest here... Are you living up to your full potential? Only a handful of people on Earth are doing that right now. Maybe you are one of them. Chance are you're not. I'm not. I certainly haven't been for most of my life. There have been the odd growth spurt here and there but the excuses and inherent laziness seemed to always get the upper hand.

Read more »
Posted by Lisa Frideborg at 10:45 No comments:

Yeshua, The Void and The Fool 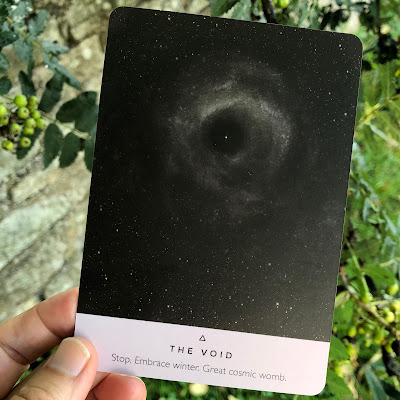 The Void is the great cosmic womb. It's the zero point in the number 108. It is all possibilities before the beginning at any new creation or venture. It is Source. It is Dark Matter. It is the source and cauldron of all miracles.

In silence, we can connect with the void and find complete peace. The void is no stranger. It is our Mother. We know Her well because she gave birth to the light of our spirits.

We need no intermediary to know the Void. We need no rules or hierarchies to reconnect. Nor do we need to blindly obey the writings in a specific text. We simply need to re-member. Yeshua showed us this. The Fool in the Tarot shows us this. And anybody who knows this is a beloved kindred heretic.

Be wary of those who claim to have exclusive access to secrets and mysteries--especially when those secrets come with a hefty price tag, or when the the price is blind obedience. Those false prophets are not the favourite children of the Great Mother--quite the contrary!

Below you'll find a video about the teachings of Yeshua. The Son of Man did not endorse the worship of a God who feeds his children snakes. Paul Wallis is extremely good at making sense of the mess the church (read Rome) made of the teachings of Christ.

Posted by Lisa Frideborg at 08:15 No comments:

When Is This War Over? 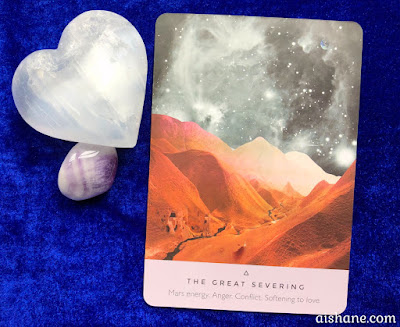 Beloved Starseeds, it's time to create a shift from fear and separation to love and unity, starting with 'the man in the mirror'!

It's no secret that we're in the middle of WW3, nor is it a secret that this war is psychological in nature. It's fuzzy and hard to make sense of what is actually happening on the battle front from day to day because of the trillions of bits of data streaming through our social media feeds and the news every day. And how much of what we come across is actually true?

It's wonder we haven't all lost the plot by now. Or maybe we have. Maybe, sometimes losing the plot looks like locking oneself into a rigid mindset, accompanied by an equally rigid heart--certainly not a heart that has any love for the perceived enemies. It's hard to quit once both heart and mind have become fixed but many of us are battle weary now and just wish to see the light at the end of the tunnel.

So when is this war going to be over? Shhhhhhh, don't tell anyone -- It could be over before you finish reading this sentence. How? You need to shift from engaging with the enemy psychologically and focus on taking your power/sense of self back. If you decide to do that, it's instant. And then you can serve where it really matters--not in a propaganda war waged by some dying despots--but for the people.

And I'm not talking about just the people who have been fighting alongside you in this psy-ops war--I'm talking about all of humanity, anybody who needs your help and whom you are qualified to help.

Try it--It might even make you feel better and as if the world is suddenly a less chaotic place to be in. At least, that's what happened to me.

Today's card from the Starseed Oracle is resonant with the Angelic Tarot Activation for The Emperor (Aries, ruled by Mars), so I suggest you hop on over there and read it!

Weight of the World - Starseed Oracle 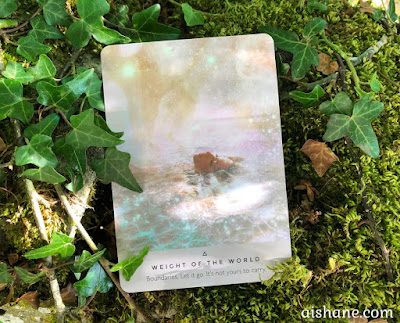 On my journey through the Starseed Oracle, I have arrived at 'Weight of the World.' This is happening at a time where I'm learning what it feels like to completely let go and let God, vs trying to save the world and fix every wrong I come across.

Read more »
Posted by Lisa Frideborg at 08:54 No comments:

Email ThisBlogThis!Share to TwitterShare to FacebookShare to Pinterest
Labels: 5 of swords, peace, Starseed Oracle, Tarot, weight of the world 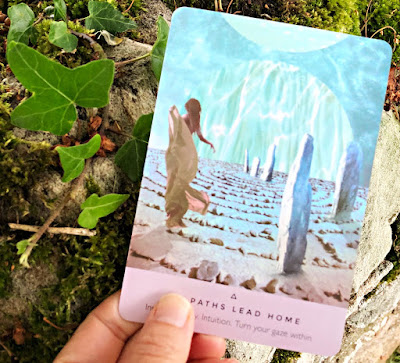 The people were amazed at his teaching, because he taught them as one who had authority, not as the teachers of the law. (Mark 1:22)

One of the main themes of the most recent Full Moon in Capricorn was authority. In fact, I created a Tarot spread to help us examine our relationship with authority. I also blogged my own reading with this spread HERE.

Read more »
Posted by Lisa Frideborg at 14:43 No comments: 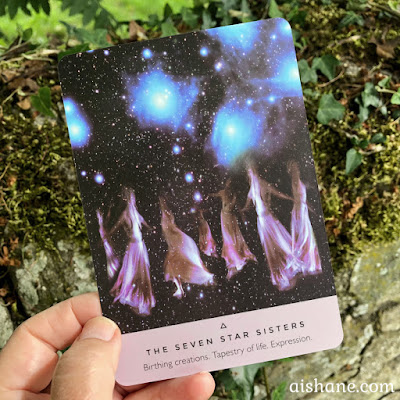 Surrender to the will of the Divine

and watch what is born through you

Become the vessel, the Holy Grail

and carry the DNA of the One

Read more »
Posted by Lisa Frideborg at 18:09 No comments: 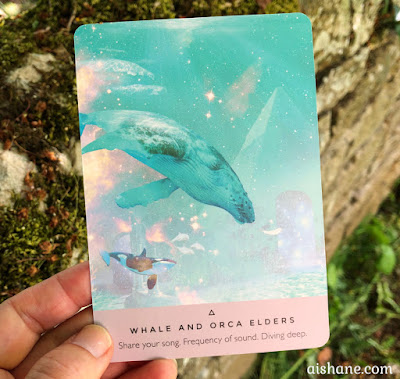 In my dreams, the song of my soul is wordless. It's a song of movement, or a dance in other words. It spirals upward. When I have to speak, I want my words to have that lyrical quality. Otherwise they have no meaning.

Read more »
Posted by Lisa Frideborg at 09:43 No comments: 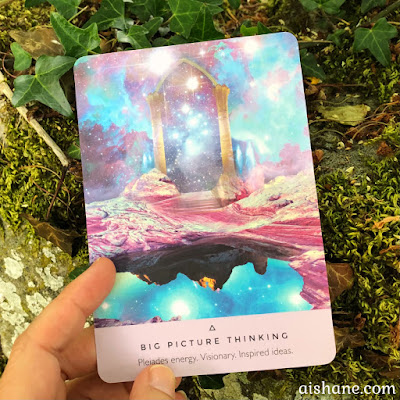 This is the Starseed Oracle card I pulled to align and connect with my Star Family and my mission today. And boy is something BIG going down today. The lies have just exploded as the government is seeking to manipulate us into a lockdown extension. The pushback is equally MASSIVE. People are protesting in London and I wish I could be there.

Read more »
Posted by Lisa Frideborg at 16:38 No comments: 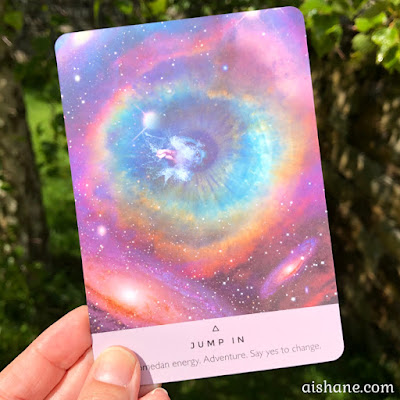 Today's card from the Starseed Oracle is 'Jump In.' The vibe of the imagery is Andromedan. In other words, it's a call to: Take a risk! Embrace change! Go on another adventure!

I actually really love the image of the iris that looks like a nebula - It's stunning. I can just sit and stare at this card.

Read more »
Posted by Lisa Frideborg at 19:05 No comments: