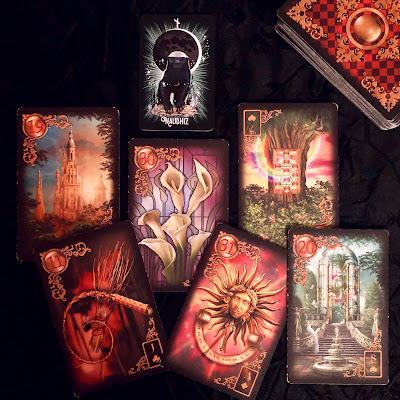 Justin Trudeau has just announced that he is invoking emergency powers for 30 days. This is his final and most desperate chess move against the people of Canada.

Interested in how this move would play out for him, I decided to do a rune and Lenormand reading.

The Nauthiz rune tells me two things: This is a fated move and it seals Trudeau's fate. There is no going back from this or seeking to redeem himself. He will always and forever go down on the wrong side of history. This is the rune of the Norns. It signifies an act of desperation on his behalf. It was literally only the move left for him to make if he was going to continue to do his WEF handlers' bidding.

Interesting, though I never read with reversals in Lenormand readings, I failed to notice that the Tree card was reversed in the layout. As soon as I spotted this, I knew that Trudeau has single-handedly and unwittingly uprooted the old, archontic power structures. And though he is perhaps hoping that the New World Order will replace them, it won't be so.

The opposition in the form of the people is simply too strong. The sheer force and the numbers of people will overpower the attempts of the elites to successfully implement their 6uild 6ack 6etter agenda. The people have already won.

So I'm sharing this in hopes that it will strengthen those in the midst of this struggle. The only way you can lose now is if you fold so stay strong and hold the line. You've got this!

My prayers are with the people of Canada.