I Know You From a Past Life 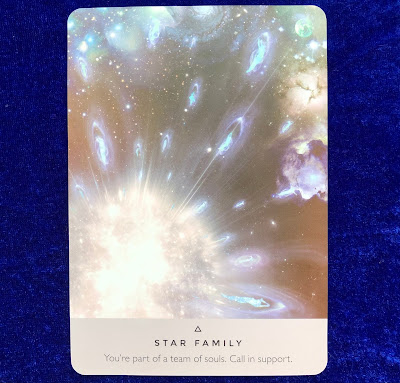 My experiences of meeting soul mates, i.e. souls from the same soul group, in this incarnation is one of the reasons why the Starseed concept reconsated so strongly when I first came across it about 10 years ago. To me, the Star Family concept is no different to the soul group concept.

One example of such a soul mate meet-up happened during a trip to Prague in December 1999. I had travelled there on my own to contemplate my upcoming divorce. On day two, I decided to do some sightseeing. The funny thing about that is that I felt a strong nudge to do this and normally I never go for guided tours when I travel. I prefer to explore on my own.

I can't remember the name of the place from where the tour started but it was one of the town squares. I was one of the first people to arrive that freezing cold December morning in 1999. The tour guide walked straight up to me in the square and said: 'I know you from a past life.' I looked into her eyes and just nodded in agreement.

After the tour, she invited me to come along to a gig with Iva Bittovà with some of her friends. Her name was Veronika. It was an entirely unforgettable experience but we didn't stay in touch. In way, I suppose we both felt there was no need. Life here on Earth is so short.

Funnily enough, when I was exploring Prague by foot on my own the next couple of days, I forever had people walk up to me and ask for directions. I must have looked as if I was at home. In more than one way, it felt that way too.

I suspect many of my Star Family members must have incarnated there. I also always had a pull toward Eastern European art, music and dance. When I had to decide on a dance teaching major, I went for the least popular and least lucrative genre, Character Dance, which is (mainly) stylized Eastern European folk dances.

Resources for Exploring Your Starseed Origins

Now that I'm returning to explore Starseed connections again, I have decided to do so through the lens of the oracle you see depicted above. It's the Starseed Oracle by Rebecca Campbell. It seems nicely balanced in the sense that it's about grounding the experience of being an Earthling (in this incarnation) to become 'fully human' for the Highest Good.

Writing about Star Family and soul groups, I remembered this soul group Tarot spread I created about 10 years ago. It was inspired by the film, The Cloud Atlas.

Earlier today, I tried a new soul origins meditation for Starseeds. This time, it got really trippy. I was in a higher dimensional reality. I really enjoyed the experience though.