A Starseed Awakening Dark Night of the Soul 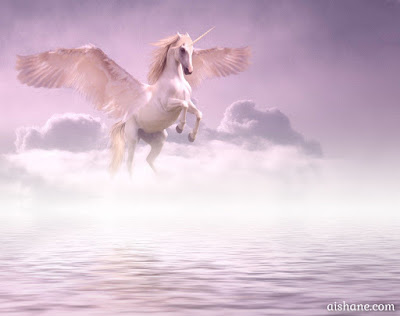 My Starseed awakening happened in stages. It began almost ten years ago and culminated last year with a Dark Night of the Soul which I blogged quite extensively about on my other blog, angelorum.co. See for instance 'Turn or Burn - Twice.'

Today, having emerged fully on the other side of this dark period of my life, I decided to revive my old Starseed blog. Looking back over what I published on this blog in the past brings back memories of my mental state from nine years ago.

I can totally see why I've had to pause several times and not have contact with otherworldly realms. Expanding your consciousness to include Star Family isn't easy. It can literally blow your mind in a way that is quite destabilising until you find your bearings again.

One of the things that was missing nine years ago was that I hadn't properly deconstructed my Christian faith. There was strong religious programming running in the background. This is, of course, the reason for my massive overreaction to Doreen Virtue's conversion and her abandonment of the ascension path. She mirrored some stuff that I wasn't keen on seeing in myself.

At the time, in 2017, I had just taken another step forward on my Starseed Awakening Path and began receiving messages about working with all four realms in preparation for the Shift. Then the big clearing out began. I can now look back with gratitude and see that what happened to Doreen Virtue acted as a catalyst for the the whole collective. Many realised that we had to start going deeper instead of spreading ourselves thinner, hopping like magpies from one shiny New Age fad to the next.

When I began emerging from my Dark Night of the Soul, I knew that the only teacher who had the ability to keep me grounded while moving forward was Yeshua. I reconnected with the Gnostic Gospels (especially the Gospel of Thomas) and gradually regained my sense of who I was and what I was for. This then enabled me to open up safely to all the realms once more, once I had cleared the need for dogma.

There is no denying that last year's massive psy-op (still ongoing) has had a traumatic impact on many of us. However, it is my firm belief that those of us who are called to serve the Light, come out stronger on the other side of this traumatic period. I'm also certain that I wasn't the only one who was given signs before it all began.

One of the most helpful things I have come across recently is the videos by Paul Anthony Wallis. A friend on Instagram told me about him. Paul Wallis is a theologian and former archdeacon in the Anglican church. It's difficult to express how relieved I feel to find videos like the one below. Paul Wallis is a very good and clear teacher who effortlessly connects the dots between Scripture and contact with ETs through history as well as in our modern day and age.

One of the reasons I could never, try as I may, make traditional Christianity fit (or me fit into the confines of Orthodox Christianity), is the out-of-body experience I had as a 5-6 year-old child. It was a wordless, higher-dimensional experience of being lifted out of the body and into a dimension of pure light and sound (colours and sounds that humans do not experience on Earth). The beauty of the experience was such that I did not want to leave.

I don't know if the OBE was facilitated by angelic beings, ETs or my Higher Self. It felt like I was being lifted out of my body by a large, comforting hand. I do know that it helped me survive a difficult childhood. It also made it impossible for me to limit my beliefs to what can be confirmed by the five ordinary senses, as well as to what I'm told to believe by others.

Still, it wasn't a given that I would trust myself even after such a life-changing experience. Spiritual growth is not linear and it often leads to humbling experiences. There really is nothing more humbling than the Dark Night of the Soul. The temptation to shut down completely and forever is very real, especially for those of us who go into it with big trust issues. In the end, the way out was the Way, and it was He who lead me down the path I had to go down to deconstruct so that I could have true faith, living faith in the Living One.