Shhhhhh... don't tell anyone you're an alien - They'll think you're nuts! 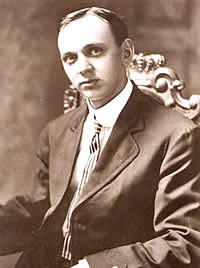 It is a lengthy comment (not reproduced in its entirety here). The person commenting, who claims to have been named 'the best psychic of one of the largest cities of the world,' had the following to say about coming out of the ET closet:


I however believe its best to present oneself without people knowing these things - let them discover one's abilities. It helps people to transition into a deeper belief and converts those who would be skeptics. Otherwise people can write one off as a nut case or as insane, etc.

Apparently she has experienced numerous alien abductions (one with a friend) and has 'been told' she is from Lyra.

But because she is considered intelligent (she claims to have an IQ of above 150), she is worried that she would be perceived as less intelligent - a nutter even - if she went public.  (Personally, I believe that going public with your IQ is something only nutters do but we're all different, eh?)

This is kind of a funny argument for someone who has being a top psychic as her claim to fame. Most of the same people who would think that claiming alien origins is a sign of insanity will have already written her off when she went public as a psychic.


So I guess the question is how many and what kind of people we want to please. Those who are skeptical are not going to care if you claim to be just psychic or psychic and alien - they will look at your actions. I usually give skeptics wide berth anyway. They are not why I'm here. I'm here to help those who seek my help.

I'm at that age now where I have made peace with the fact that people will write you off for thousands of different reasons. You're the wrong race, colour, creed... You eat the wrong foods or read the wrong version of the scriptures... You're too old. You're a woman. You're too young. You didn't go to the right school. You eat bacon. You think you're psychic and that healing comes out of your hands... I could go on....

"Since you can't please everybody, you should always try to please yourself  - that way, at least one person will be happy"... some other famous person once said... can't quite remember who. But these days, I live by those words.

By the way, this lady is not the first person in the spiritual/psychic world who has told me of having alien origins. Don't worry, I'm not going to start outing anyone but I think it's kind of funny that these people are all smugly carrying a secret of being different to others... set apart... and equally smug about only sharing the secret with inner circle people.

Going public is not something you do to make people believe that you are 'special' or that you have super powers (mine is touch-typing). In fact, you don't even have to have any 'powers' to be of alien origins.

To me, going public is all about authenticity and transparency. It circumvents the smugness I have seen in people who speak of being ET's in hushed voices with the 'safe' incense crowd. I'm sure that some of them only wish they were, just like you'll find many incarnations of Cleopatra in this crowd.

I am who I am and coming out of the Starseed closet is helping me connect with other fearless Starseeds so that we can draw strength from each other and get on with the work.

By the way, this post wouldn't be complete without a picture of one of my heroes, Edgar Cayce - transmedium extraordinaire. He never wanted to be different (he just wanted to help people) and he fought it for many years until he finally caved in and just got busy serving. He became a witness to the Arcturians among many other wonderful things he did for humanity.

The era of secrets is coming to an end. And in the end, all that matters is the good you do in the world.

I had served many years as a Seer and Healer before I even realised that I was Arcturian... but when I did, I simply saw no reason to keep it secret.

Transparency, baby - It's how I roll.

Stay happy, healthy and true to yourself! And I trust you are intelligent to know that by this I do not mean that you have to go around telling everyone everything about yourself - that is not the true meaning of transparency - It simply means that there is no need to hide who you are.