The Starseed Awakening - An Alien Invasion 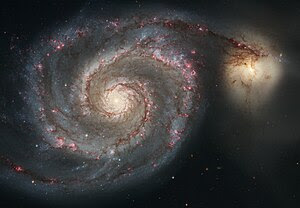 What did you think an Alien invasion would look like? Did you envision big spaceships hovering over earth and transmissions on your TV's and computer screens via intercepted satellite signals by some green-skinned, bug-eyed alien general commander in chief?

Did you really think that a race advanced enough to visit Earth from distant regions of space would bother with that? If they cared at all about the future of your planet, would it not be more likely that their invasion would look a little something like this:

They would plant their own people among you, so that they could mix with you and even interbreed. Being from other star systems, dimensions and even universes than your own, they would send agents of transformation to earth and they would be known as 'Starseeds.'

These brave alien souls would agree to complete amnesia before entering the womb of their birth mother. They would choose a human form to match their mission and so their DNA would be (mostly) human.

They would gather information and report back home in dreamtime until they awakened enough to speak directly to members of their respective councils.

They would have extra strands of DNA with genetic codes that would respond to activation by council members.

The council members would be perceived as 'spirit guides' as they communicate from higher dimensions.

Children, animals and even inanimate object would interact with these Starseeds in extraordinary ways because of the different electric charge of their auras.

The Starseeds themselves, in their state of amnesia, might often feel homesick without knowing why.

All the Starseeds would know from their very first conscious memories as young children would be that they are here on a mission and that they are not entirely like other humans.

Activation would commonly occur during times when the personality was under deconstruction from stress in the form of break-downs of close personal relationships or the loss of a source of income.

Activated Starseeds would begin connecting, encouraging each other.

Growing in confidence and shining their light ever more brightly, Starseeds would help human souls awaken to their own spiritual reality - unencumbered by religion - and to begin the Ascension process.

Starseeds would be the emmisaries of peace and enlightenment in more subtle ways than the 3D mind would be able to imagine... until now!

We are here and our voice is finally being heard.

We are here in solidarity with mankind and the Spirit of Gaia.

We are here and we will not abandon you.


With love from the Arcturians.